Come here to talk about the San Diego and Imperial County Regional Communications System. This is a great resource to share talkgroups and information about the countywide RCS.
Post Reply
6 posts • Page 1 of 1

The migration for Public Safety agencies in San Diego County will be handled in three phases, as denoted on the attached calendar.

The first phase will cover the northwest portion of the County (including the Sheriff's facilities in that area);

The second phase will cover the southwest portion of the County (except the Sheriff's facilities in that area); and

The third phase will cover the Sheriff's Department, County Fire Authority / CalFire, District Attorney, and California Highway Patrol. The goal is to have all Public Safety elements in the County migrated by Veteran's Day weekend. 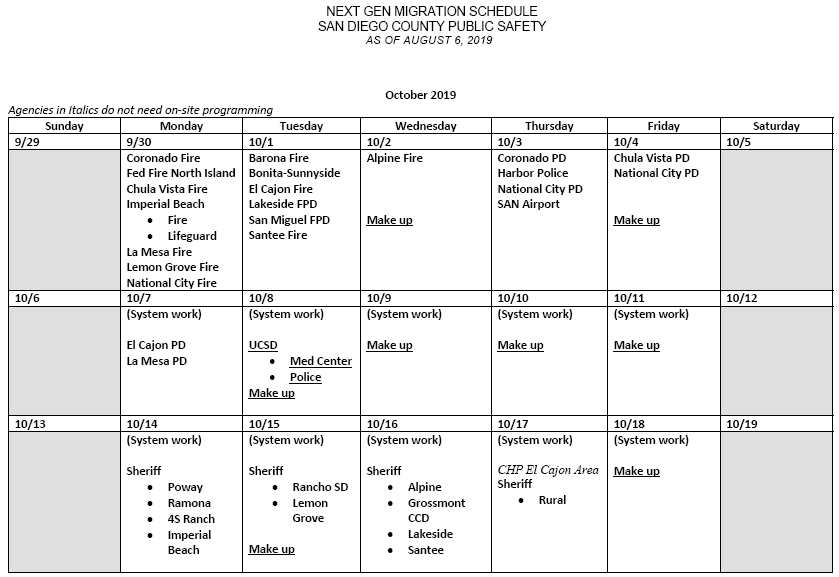 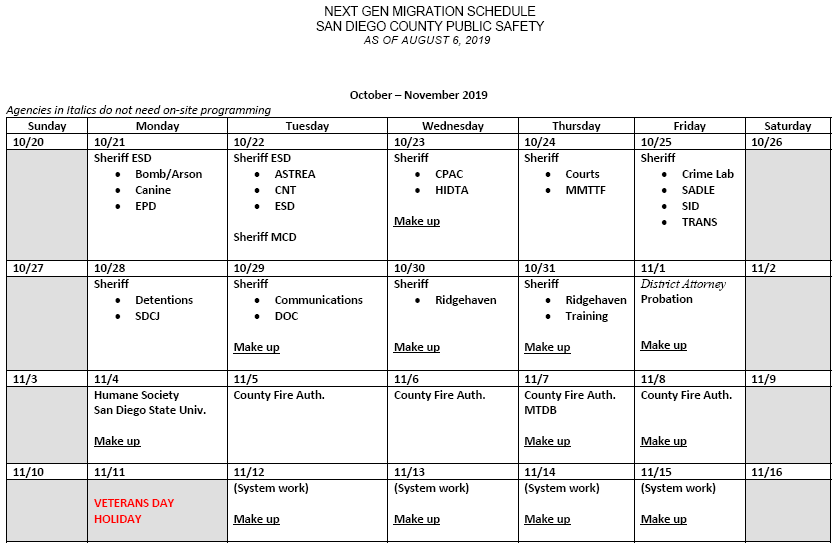 Is a schedule for Imperial Co. agencies available?
Top